Congratulations to Raynee Eddy (7th grade) on being named a statewide winner of the Kansas Department of Transportation's Put the Brakes on Fatalities poster contest.

Of the 638 posters entries across Kansas, judges chose 18 regional winners and then three statewide winners from that list. Regional winners received a bike from the Kansas Turnpike Authority and a helmet from Safe Kids Kansas.

Raynee was chosen as one of the three statewide winners, so in addition to the bike and helmet she also received a Kindle Fire Tablet, movie passes, gift cards, and a donation to the Inman Art Department.

Put the Brakes on Fatalities Day seeks to spread awareness of traffic-related fatalities, which occur at a rate of about 100 per day across the United States. 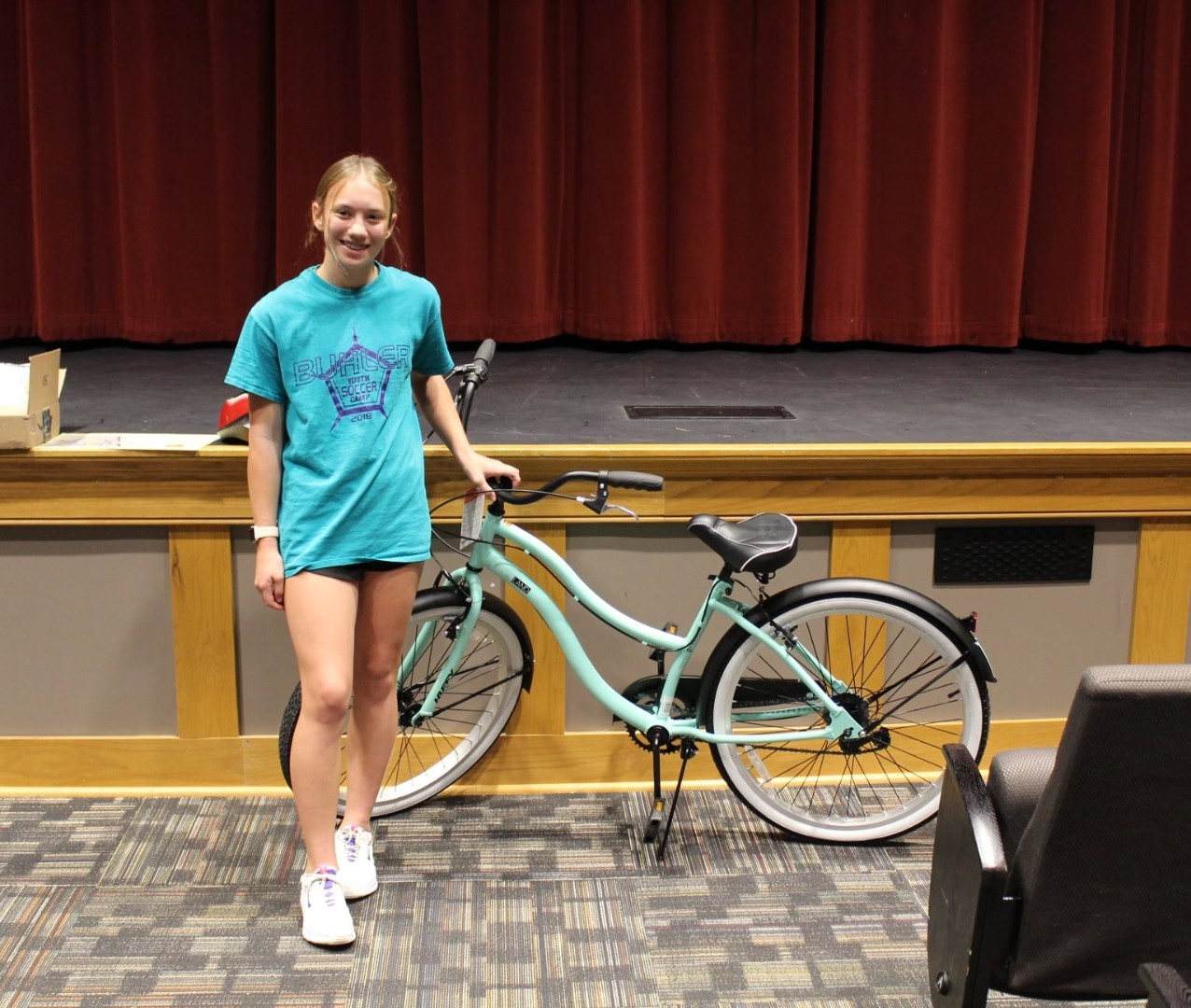 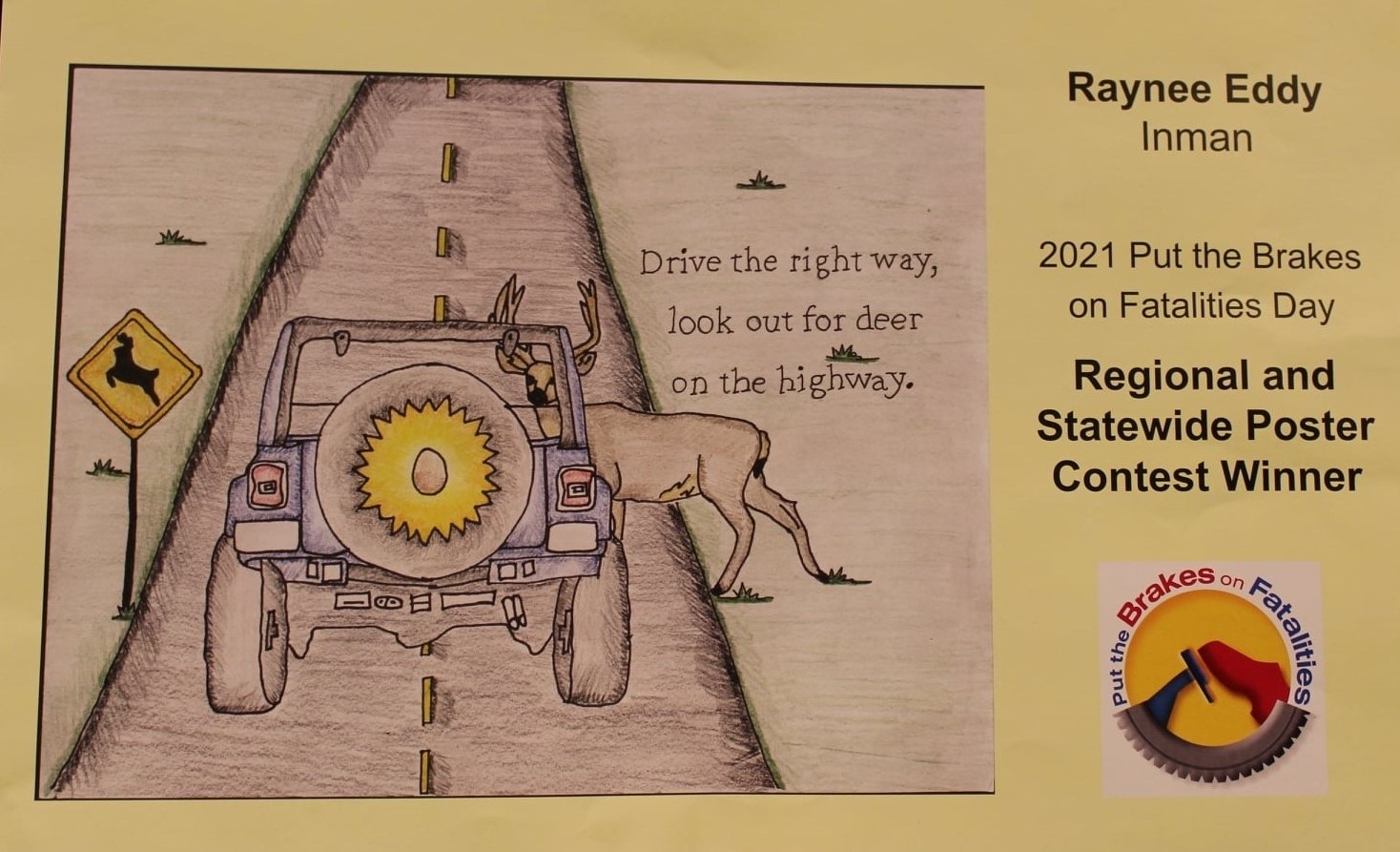